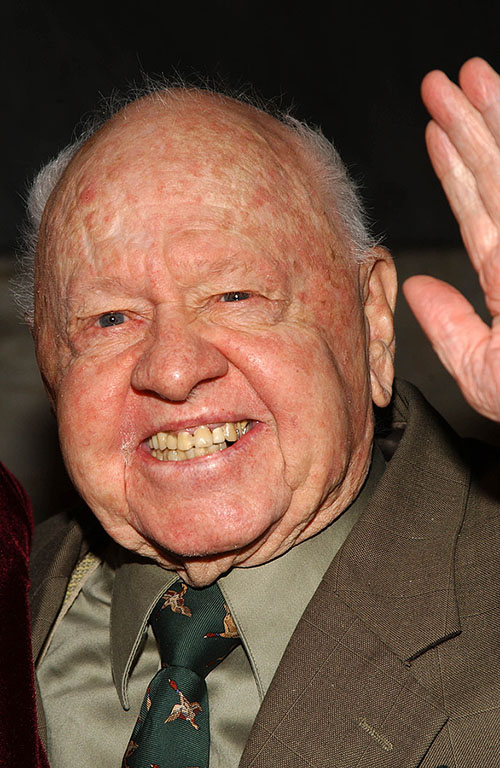 Being rich and famous is no protection from predators. In 2011 the Los Angeles Superior Court issued restraining orders against Chris and Christina Aber, the stepchildren of Mickey Rooney. Rooney’s lawyers claimed they emotionally abused and financially exploited the beloved actor. Rooney’s stepchildren were even accused of denying Rooney basic food and medicine. The legendary star died a few years later in 2014.

In another shocking case, the adult children of radio personality Casey Kasem charged his spouse with elder abuse. Casey’s daughter, Kerri Kasem, said her father was extremely fragile, suffering from Lewy Body Dementia, and that his wife Jean removed him from a Santa Monica hospital and traveled around with him haphazardly until he died in 2014. When Kerri tried to visit him, her stepmother Jean allegedly threw raw hamburger meat at her.

While Casey Kasem’s case did not result in criminal charges, it spearheaded visitation rights reform. “This isn’t the Casey Kasem Bill, or the Mickey Rooney Bill, or the B.B. King Bill,” Kerri Kasem told The Los Angeles Times. “It’s the Visitation Rights Bill, and it affects thousands in the U.S.” She included B.B. King in her comment to the paper because in 2015, King’s daughter made elder abuse claims against her father’s long-time manager Laverne Toney. It is one thing to have the courage to take a public stand against elder abuse; it is another to fight for legislative change.

Author Harper Lee’s story is one more celebrity case of elder abuse. Lee, who passed away in February of 2016, was known world-wide for her classic novel To Kill a Mockingbird. A concerned colleague lodged an anonymous complaint of potential elder abuse with the state of Alabama after news emerged in 2015 that Lee planned to publish a sequel entitled Go Set a Watchman. That book would be her first published novel in 55 years, and her second book ever. Lee, a recluse, had always insisted she was done with publishing, so this announcement stunned the literary world. Many believe Lee’s lawyer Tonja B. Carter, who “discovered” the lost manuscript for Go Set a Watchman and brokered the book deal, pushed Lee into a position she would’ve refused in a sounder state. Lee had suffered a stroke in 2007, and when the novel was published, she was mostly deaf, almost blind, and confined to a wheelchair. Friends and family members said her mental state had significantly deteriorated. Lee’s sister Alice, who had always been Harper’s fiercest protector, had died just months before the announcement of the new book release. Lee’s case demonstrates just how ambiguous elder abuse charges can be when the senior involved is already suffering from diminished capacity.

My grandmother was not a celebrity. She lived a quiet, very private life. Nevertheless, the elder abuse she experienced forced her to speak out and take legal action against two of her own grandchildren. She was lucky she had the strength to withstand the aftermath of such a bold move. The elder abuse she experienced included two of the seven types listed above: emotional abuse and financial exploitation.

Nanny considers her grandsons’ trial to be the saddest and most embarrassing chapter of her long life. She grappled with processing the fact that two of her adored grandchildren, who promised to “always take good care of her,” used her money to furnish their own lavish lifestyle and continually lied to her while they misappropriated her investments. They exploited her in part because of her age, implying that she was losing her mind, which could not be further from the truth. These family members were recipients of a lifetime of my grandmother’s spontaneous generosity and affection; this was how they repaid her.

We all have a responsibility to protect our precious elders. If seniors are being taken advantage of, we must have the courage and the resolve to speak out and act. There is no shame in defending those who cannot defend themselves. There is no shame in doing the right thing, even when it’s hard. Remember, we are all getting older. What goes around comes around. Elder abuse is a terrible disgrace, and we must all be vigilant.

My 94-Year-Old Grandmother Wants to Wake Us All Up to the Tragedy of Elder...