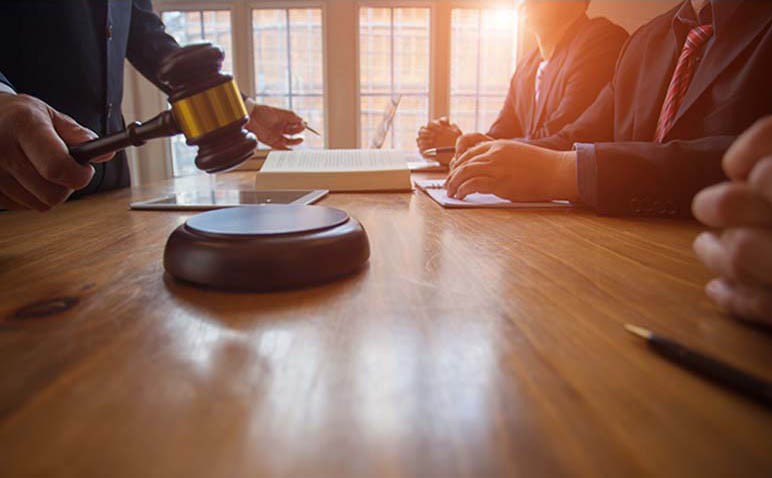 Two ex-J.P. Morgan Securities brokers claim their grandmother reneged on terms to resolve their high-profile, high-dollar intrafamily dispute and are seeking to enforce a $4 million settlement of the issues they say she wrongfully dragged back to court, according to new filings.

Retail matriarch Beverley B. Schottenstein, 95, earlier this month filed a motion in U.S. District Court in the Southern District of Florida to reopen the case to confirm her $19 million arbitration award, issued in February by three Financial Industry Regulatory Authority panelists against her grandsons and their former employer over alleged unauthorized trading in her account and elder abuse.

Evan A. and Avi E. Schottenstein, who are brothers, previously opposed their grandmother’s petition in court to confirm the award, which had held them jointly liable for $9.8 million of the award total. They sought in March to vacate it before an oral settlement was reached and the case had been administratively closed.

The younger Schottensteins are now claiming that lawyers for their grandmother had proposed eleventh-hour changes to a version of the settlement they initially reached in March, which eventually led to her pulling out of negotiations altogether, according to their motion filed Tuesday.

“On March 18, 2021, and again on May 6, 2021, the parties reached settlement agreements on all material terms,” the filing said. “In both instances, however, Petitioner went back on her word and attempted to walk away from the binding settlement agreement to which she assented. This she cannot do.”

The brothers argued that Florida law recognizes an enforceable contract even if the settlement agreements are not memorialized in writing. They are seeking the court’s enforcement of the March settlement, or in the alternative, the May agreement, as well as reimbursement of all legal fees incurred following the botched settlement in March.

In addition to the $4 million payment, the March settlement included: a “general release” by the elder Schottenstein of claims against the grandsons, a “broad” confidentiality provision and a condition that the brothers must make payment within seven days of a written agreement.

In anticipation of resolving the matter, the brothers had already “liquidated securities and/or moved cash to our checking accounts in order to make payment quickly of $4 million to our grandmother,” Avi Schottenstein said in a sworn declaration accompanying the motion.

Lawyers for the younger Schottensteins additionally claimed that their grandmother violated the confidentiality provision “numerous” times, including an April disclosure in a relative’s blog post as to the settlement amount.

The filing cited a post called “Institutional Malfeasance: Another Ugly Form of Elder Abuse,” found on Cathy Schottenstein’s website. (Cathy is a cousin of Evan and Avi, according to her website.)

The talks ultimately broke down after lawyers for Beverley Schottenstein on May 10 added “a page’s worth of new material to the settlement agreement concerning her estate plan and her demand that Respondents waive any right to file legal challenges to any of her estate planning documents,” the filing said. These new provisions, the brothers’ counsel said, had not been previously discussed by the parties, were “duplicative” of other provisions, and ran contrary to the prior agreement that future claims would not be included in any release.

“Accordingly, Respondents insisted that these changes should be removed from the Settlement Agreement,” the filing said. “Rather than remove these changes, or even discuss them, Petitioner terminated all discussions concerning the settlement and moved to reopen this case.”

The dispute at this point is solely a family affair as J.P. Morgan Securities (now operating as J.P. Morgan Advisors) has paid “all of its financial obligations” to Beverley Schottenstein under the Finra award, which had held the firm responsible for more than $9 million, according to court filings.

The lion’s share of the brokers’ burden had been placed on Evan, who in April was barred from the industry over the underlying allegations in the dispute, while Avi, who is not currently registered with a Finra member firm, was on the hook for $602,251 in compensatory damages.

Evan and Avi Schottenstein worked at J.P. Morgan Securities from 2014 to the summer of 2019, when Evan was terminated over “Concerns relating to trading activity for the account of a family member, and the accuracy of the records regarding the same,” according to his BrokerCheck record. Avi also left the firm at that time, according to the database. The brothers had both worked out of J.P. Morgan Securities’ Park Avenue office in New York City.

Read the full article on AdvisorHub.com

The Schottenstein Family And Elder Abuse
Scroll to top