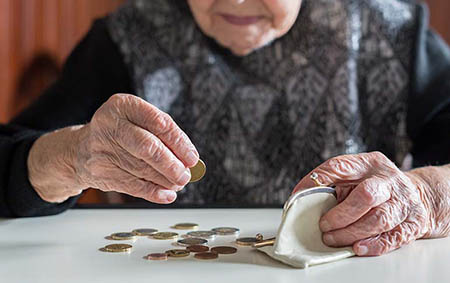 Specifically, the respondents purchased multiple auto-callable structured notes and other securities for which J.P. Morgan was a “market maker,” including Apple stock, as well as initial public offerings and follow-on offerings, according to Finra’s case summary.

“Our client is very pleased and we are as well,” said Beverley Schottenstein’s lawyer Scott Ilgenfritz, a partner at Johnson, Pope, Bokor, Ruppel & Burns in Tampa, Florida. “We feel like the arbitrators deliberated carefully and delivered a just and appropriate award.”

Beverley Schottenstein initially sought more than $10 million in compensatory damages in her July 2019 claim but upped her request to more than $69 million at the close of evidentiary hearings, which were all held by Zoom video conference, according to the award.

A spokeswoman for J.P. Morgan declined to comment on the award or whether it will take the rare step of asking a court to vacate the decision. The brokers had been part of the legacy Bear Stearns’ retail brokerage business that JPMorgan acquired during the 2008 financial crisis and that has around 475 brokers.

The panel of three ‘public’ non-industry arbitrators ruled that J.P. Morgan, Evan and Avi were each liable for constructive fraud and common law fraud and that J.P. Morgan and Evan were also liable for elder abuse in violation of Florida Statutes. As is customary, they did not explain their decision in the award.

The panel held J.P. Morgan Securities responsible for $4.7 million in compensatory damages and ordered it to pay Beverley Schottenstein another $4.3 million to unwind an investment in a Coatue Private Equity Fund as well as $172,631 in costs, according to the award.

J.P. Morgan and Evan must each also pay half of Beverley’s attorneys’ fees.

Attorneys for the Schottenstein brothers did not respond to requests for comment. The former brokers, who have not been registered with Finra since leaving J.P. Morgan in July 2019, could not be reached for comment.

J.P. Morgan discharged Evan for “concerns relating to trading activity for the account of a family member and the accuracy of the records regarding the same,” according to BrokerCheck.

Avi, who also left J.P. Morgan in July of 2019, does not have any termination notice on his BrokerCheck record.

Ilgenfritz said that the facts of the case prompted Finra’s enforcement unit to open an investigation into the brokers’ activities.

A spokesperson for Finra did not immediately respond to a request for comment on whether it is investigating.

Bill Singer, a securities lawyer who was not involved in the case, called the decision a “very sobering” warning for industry respondents in arbitration cases during the Covid-19 shutdown.

While the outcome may not have changed with in-person proceedings, making a case for brokers and a Wall Street firm accused of wrongdoing—over video conference during the holiday season—is a daunting task, he said.