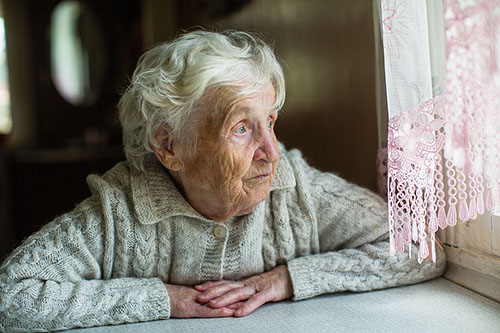 Compared to the famous actress, my grandmother led a charmed life. Beverley Schottenstein and her husband Alvin raised their four children in the quiet tree-lined suburbs of Columbus, Ohio. Though part of a wealthy and influential family, Beverley always kept a low profile. She never took her good fortune for-granted and worked hard to set an example for others. She was a philanthropist who generously contributed to numerous causes and doted on members of her close-knit family.

At 93, however, Beverley experienced a shocking betrayal when her two grandsons Evan and Avi misappropriated millions of dollars and maligned her with lies and deceit. Like Bette Davis, Beverley had considerable financial resources. My grandmother spent her days in her own home frequently surrounded by family members, including myself. She had a wonderful live-in caretaker and friend in Dawn Henry. In fact, Dawn was the first person to alert family members that Beverley was being financially exploited and emotionally abused. We supported her wholeheartedly when she accused J.P. Morgan and her grandsons of financial fraud and elder abuse. Not only did she make it through a bitter and exhausting two-year arbitration trial, but Beverley won and was awarded a hefty sum!

In stark contrast, millions of American seniors live alone without financial resources. According to a 2020 report from the National Academies of Sciences, Engineering, and Medicine, nearly one quarter of all adults in the U.S. aged 65 and older is socially isolated. In addition, more than one in three Americans aged 65 or older is economically insecure. These seniors struggle with rising home costs, health care expenses, inadequate meals, lack of transportation, and negligible savings.

Loneliness has dire health outcomes. Holt-Lunstad’s research proved social isolation and loneliness are risk factors for early mortality. In fact, she determined that loneliness is just as lethal as smoking up to 15 cigarettes a day. And people with strong social bonds are 50 percent less likely to die over a given period of time than those with fewer social connections. “We need to recognize that this is a health issue,” Holt-Lunstad said. “It isn’t just about our emotional well-being…it’s also medical.”

According to a new Cigna study, the loneliness experienced by American seniors has become more acute during the COVID-19 pandemic, with over one in three Americans reporting feelings of “serious loneliness.” Contrast this situation with other areas of the world. In China for example, the elderly are traditionally held in high esteem, with the respect and care of elders considered a high virtue. “Placing your parents in retirement homes will see you labeled as uncaring or a bad son,” Zhoiu Rui, a resident of Beijing, told China.org. In Japan, many families include multiple generations under one roof, and senior parents or grandparents often are responsible for childcare while the adult children work outside the home, resulting in a higher-quality emotional support system for seniors.

Unlike Western cultures like America, which tend to be youth-centric and independent, people in Latin America and the Mediterranean place a high priority on the extended family, and multiple generations share living quarters similar to what was once standard throughout Asia. Senior members of the family provide childcare while the breadwinners labor outside the home. At present, the elderly in these countries remain a vital part of their family dynamics until their final days.

So how can we help the millions of struggling senior citizens who feel lonely and isolated in America? Many residents of assisted-living facilities have very few visitors—most especially during this pandemic. Either they have outlived their peers, or they have been essentially abandoned by their families. As a society, we need to advocate for more collective activity and initiatives that create meaning for people, helping us turn back the dial on Western culture’s focus on individualistic living. The UnLonely Project, an initiative of the Foundation for Art & Healing, is one such organization. The Foundation’s founder, Dr. Jeremy Nobel, said the project is intended to increase awareness of loneliness and its health risks, reduce the stigma around loneliness, and implement arts programs for connection and healing.

Tempering our talk of reunion in a post-pandemic world with vulnerability about loneliness could ensure that as we emerge from this pandemic, we emerge together. Do you have an elderly neighbor with whom you can visit? Can you volunteer at a senior center or a nursing home? A friendly visit, a plant, or even a smile and a kind word can make the sun come out for someone desperately alone and longing to be seen and heard.

At 93, She Waged War on JPMorgan—and Her Own Grandsons

Behind the scenes: What it was like to work with Bloomberg News
Scroll to top