THIS SHOCKING MEGA-MILLION DOLLAR TRIAL SHEDS
LIGHT ON FAMILY DYSFUNCTION AND HORRIFIC ELDER
ABUSE AT THE PINNACLE OF WEALTH AND PRIVILEGE.

The Beverley Schottenstein Trial of Beverley vs. J.P. Morgan Securities and her two grandsons Evan Schottenstein and Avi Schottenstein, “jointly and severally,” began on October 19, 2020—over Zoom due to COVID-19. Though J.P. Morgan terminated Evan and Avi shortly after the scandal broke in 2019, all three defendants—the company and the two former executives of that company—stood trial together. The trial concluded on Thursday, January 28, 2021, and the verdict was swiftly announced one week later: J.P. Morgan, Evan, and Avi were found LIABLE on all counts of constructive fraud, abuse of fiduciary duty, and fraudulent misrepresentations and omissions. J.P. Morgan and Evan were also found liable for elder abuse. The award is in the tens of millions.

In February 2020, the SEC notified the Manhattan District Attorney’s Office of significant criminal wrongdoing, and in March the U.S. Attorney for the Southern District of New York flew to Florida to personally interview Beverley Schottenstein. This was one week before the pandemic officially hit the United States. Since then, the Department of Justice and the FBI have opened a joint investigation, and both criminal and civil charges are expected to be filed at any time.

Some “at home” shots of Beverley with granddaughter Cathy, and Beverley’s companion-aide Dawn, captured by Bloomberg’s photographer for their story on the trial. 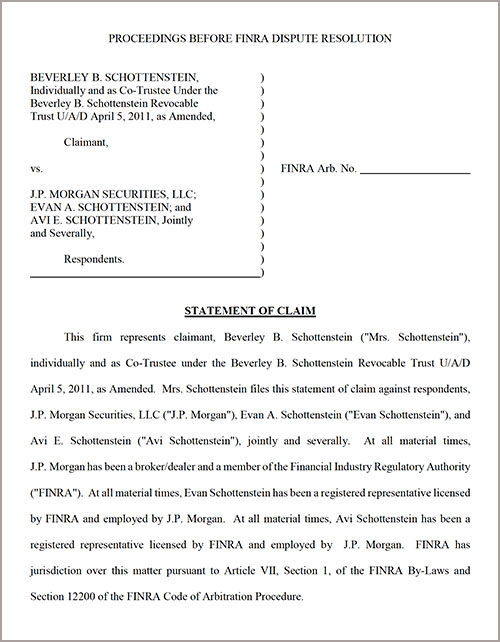 Click here to read the full Statement of Claim. 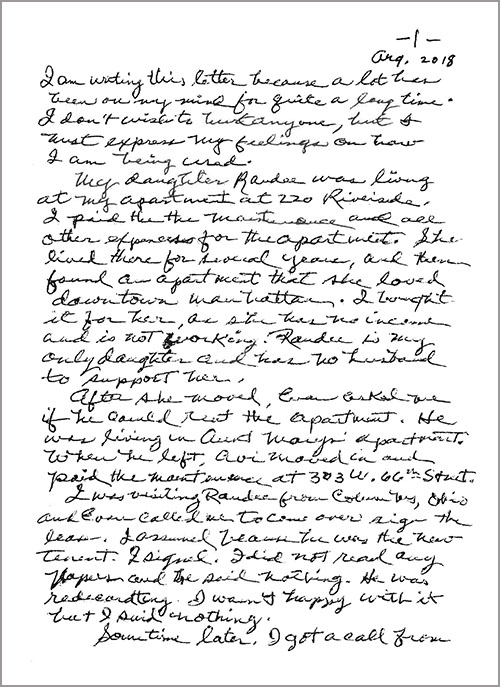 Getting to the Heart of the Matter:
Legally Commissioned Evidence of the Toll This Has Taken:
Excerpts From Beverley Schottenstein’s Diary. 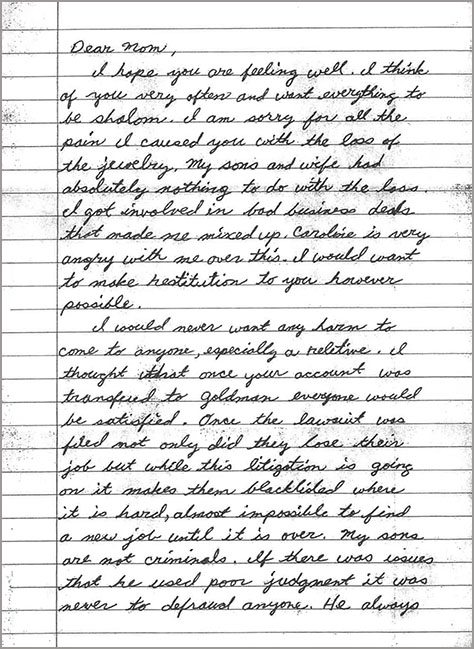 An Adult Son’s Letter to his Nonagenarian Mother: A strange basket of excuses, lies, and misplaced priorities.

The Elder Abuse Took Many Forms.
Stealing Nanny’s Fortune Was Not Enough:
They Had to Keep Threatening Her!

View a pdf of the Schottenstein Award document

Below: Nanny and her caretaker Dawn Henry watching the trial as Caroline Schottenstein testifies for her sons Evan and Avi over Zoom, December 14, 2020.